Wonder Woman and Hillel - the super hero we need now.

As a young girl I loved the Lynda Carter series Wonder Woman. Not only was she badass, she had brown hair and wore glasses in her Diana Prince alter ego just like me, instead of being blonde like most other female leads. And she was smart! 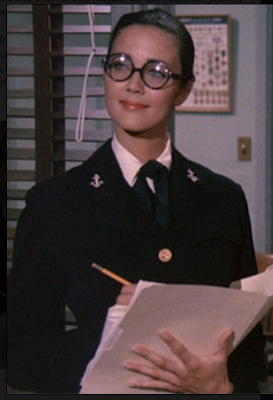 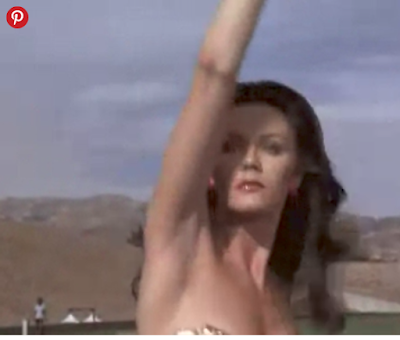 When Michael Garofalo from StoryCorps called to ask if they could make the interview between my son Josh and me into an animation, I asked if they could make me look like Wonder Woman. He laughed and didn't make any promises. As you can see, I ended up looking more like Marge Simpson, than Lynda Carter, but it's probably closer my reality as a suburban mom :)

Well, the now 24 year-old Josh and I went to see the Wonder Woman movie on Sunday, and I've been thinking about it ever since. I've been happy to watch sexist headlines about director Patty Jenkins called out, and the brilliant Ms. Jenkins taking on tired old sexist tropes:

Only men love action movies. I spent the weekend watching war movies and political documentaries. When I wasn't watching, I was reading Michael Hasting's book THE OPERATORS, which is, funnily enough, about the prosecution of the war in Afghanistan. Michael Flynn figures prominently, which makes it particularly interesting reading at this juncture.

Or only men pay for their girlfriends/wives to go to comic book cons/superhero movies: 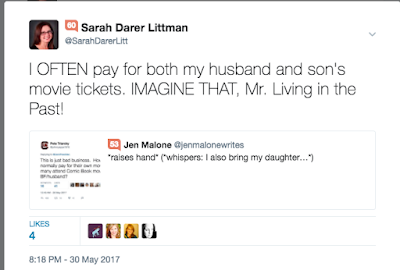 Or the "white male director is a discovery, woman/person of color director is a 'gamble' trope, as exemplified by The Hollywood Reporter headline:

Think this stereotyping and framing doesn't matter in terms of business and funding in EVERY SINGLE FIELD? It does, folks. It does.
Here's a little bit of research for you from Sweden that was recently published in the Harvard Business Review.

The TL:DR: This chart: 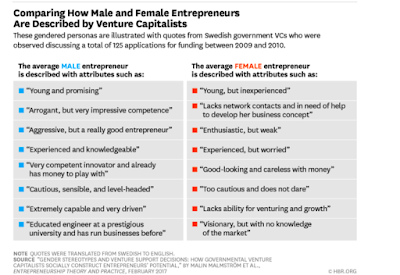 The sequence features Gal Gadot’s Wonder Woman bravely marching across a stretch of unoccupied land in order to reach a village on the other side and rescue its people from German forces. It’s an incredible scene and perhaps the highlight of the movie, but Jenkins admits it was kind of a hard sell because Wonder Woman wasn’t fighting anyone or anything.

“I think that in superhero movies, they fight other people, they fight villains,” she said. “So when I started to really hunker in on the significance of No Man's Land, there were a couple people who were deeply confused, wondering, like, ‘Well, what is she going to do? How many bullets can she fight?’ And I kept saying, ‘It's not about that. This is a different scene than that. This is a scene about her becoming Wonder Woman.’”

I was thinking about why that scene affected me so much, and the reasons are complex. For one, there's this, which I just read this morning in Adam Grant's book ORIGINALS: How Non-Conformists Move the World

As a woman who has been writing political opinion (often unpopular political opinion) for the last 14 years, I know how it feels to be in that wilderness. Instead of bullets, you get rape threats or hate mail telling you you're unAmerican or unpatriotic or a terrorist lover or you should die, or you need to get laid, or a blatantly misogynist male Greenwich real estate broker writing several pieces calling you mentally unstable, despite his own issues. But you are still there, often feeling totally alone, but knowing you have to be brave enough to take that step despite the intense flak you know you'll face because as Diana says, "Who will I be if I stay?" 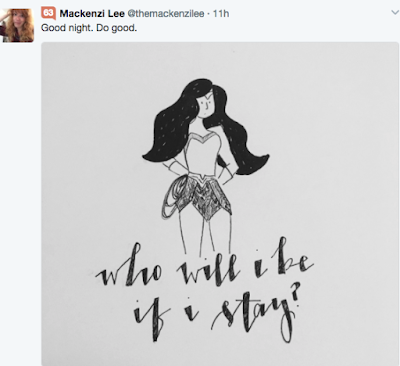 Earlier this week, Washington Post columnist E.J. Dionne wrote about Trump's "Diplomacy of Narcissism" and how it made him look weak, rather than strong. Since the 80's, the U.S.A has been dominated by Gordon Gekko "Greed is Good, greed is pure" propaganda. Anything that smacks of caring about community and other is labeled "socialism." But Dionne reminds us of Rabbi Hillel's questions: 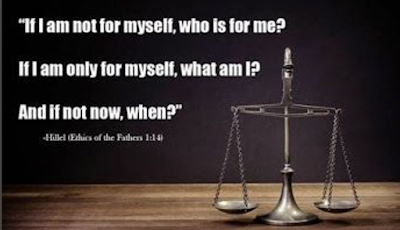 No Man's Land made me cry from the depths of my neshama (soul) because it was the confirmation of what I've always felt - that we cannot keep walking on by when we see injustice. We cannot keep turning a blind eye. I've spent my entire life wondering how the Holocaust could happen, and the last two years have made me realize exactly how. I've seen people I considered friends turn a blind eye to racism, bigotry, anti-Semitism, Islamophobia, misogyny, possible treason and any number of egregious things because they want a tax cut, or they are putting party over country, or they want to be able to keep taking their golf vacations four or five times a year while still paying for their employees health insurance, even though it means that 24 million of us will lose health insurance entirely so they can afford to do so. Or, working class friends who for some reason have bought into the narrative that a serial liar who inherited his wealth, has been notoriously corrupt and who has stiffed working class people over and over and over again has miraculously changed and is now their champion in anything other than empty promises.

This is a time when we all have to ask ourselves: "If I am only for myself, what am I? If not now, when?" And have the courage to take that first step into the breach of No Man's Land.

Posted by Sarah Darer Littman at 9:07 AM No comments: Links to this post