Being in the moment - do young people know how to experience concerts anymore?

I went to see Queen with Adam Lambert two weeks ago. It was, in a word, AWESOME.
I'd seen Queen a while back with Paul Rodgers from Bad Company on vocals but I have to say that Adam Lambert blew Paul Rodgers out of the water when it comes to being a Freddie Mercury replacement. He's got the vocal chops and the flair. 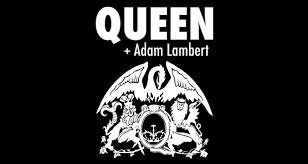 I was particularly thrilled because they played one of my favorite songs from A Night At The Opera, '39.

By the way, did you know that Brian May is actually Dr. Brian May (and it's a real doctorate, not a fake one like so many folks have been exposed as having here in CT in recent weeks)  with a degree in Astrophysics? I love it that one of my favorite musicians is so brainy.

But there was one moment I found really depressing at the concert - and I wondered how Dr. May felt about it as the performer on the stage. He had this cool "guitar cam" rigged up to the neck of his guitar, so we could see his lightning fast fingers move during guitar solos. When he walked down the runway into the audience and stood playing right there, in front of them, only feet away, what did the guitar cam capture? Excited, exhilarated people entranced by the music? No. Rows and rows of fricking CELL PHONES recording the experience for later.

I thought about the few times I've been lucky enough to be in the front rows of concerts. I was front row at the Palladium for Carlos Santana when I was in high school, and it was MAGIC. Okay we didn't have cell phones then, because I AM OLD, but even if we did, I was so INTO THE MUSIC, so completely involved with the wonder of the experience, that I can't imagine just holding the thing up and recording instead of just being there and feeling the music and grooving.  Also, Carlos Santana smiled at me!!!! Would that have happened if he'd seen my cell phone instead of my rapturous, smiling face? 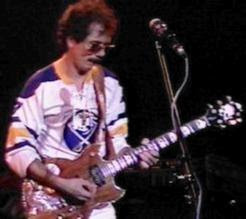 Carlos Santana vintage 1978, around when I saw him, front row

I wonder how it must feel to be playing the Garden and instead of seeing the excited faces to see people just standing their with their cell phones. I can't help thinking that being a titan of Rock isn't what it used to be. It makes me understand why Robert Plant continues to steadfastly refuse another Led Zeppelin reunion (as much as I'd be tempted to remortgage my house to get tickets if he changes his mind).

My friend Adam Bernard (keep an eye out for his hot self in my upcoming novel, BACKLASH) wrote a great piece on The First Three Songs Rule, and how it should become universal concert law.
Here's Adam:

You go to a concert to have an experience, to enjoy a band you love, and to create a memory. The problem these people have is that they’re so busy trying to capture the moment that they don’t spend any time creating a memory to associate with it. Sure, they have a hundred pics from the concert they just went to, but, “Remember the time I held my arm up for 45 minutes” is not a good concert memory.

This. So much this!

Kids, take a picture or two then put the phone away. Let the music fill your soul. Be in the moment. And maybe, when you're middle aged like me, you'll remember the time that amazing guitar player whose records (okay, you don't listen to records, but you know what I mean) you played so many times the grooves got worn, SMILED AT YOU.