I separated from my now ex-husband in November 2003, and our divorce was finalized in December 2006. When the marital home sold, I bought the current house in which the kids and I reside. I hold the title to this house in my own name, the mortgage is held by me alone, and I have made all the decisions about financing and re-financing this house myself. My ex-husband never lived at this address, was never on any of the mortgages at this address, has had nada to do with this house.

About two years after the kids and I moved into the house, my son got an invitation to join the AARP. He was 15 at the time, and it was a source of much amusement to me, because I hadn't received my first AARP mailing yet (now I am deluged by them on practically a daily basis). Neither of us could understand why he would be on the AARP mailing list.

"Maybe they figured that because you're the only male at this address, you're my husband," I joked.

He looked at me with all the appropriate horror that comment would engender in a 15 year old boy.

Well, recently my bank suggested I move to their private banking program. I met with a very nice chap, and before I signed on, I told him a very important story about how I feel about men giving me investment advice.

A few years ago, I had my portfolio with an investment advisor. I wanted him to move my holdings in a certain direction, because as a political columnist I watch what is going on in DC very carefully, and I didn't like what I was seeing. He didn't agree with my assessment, and told me to "ask my father," before acting.

Now there are a few things about this that pissed me off.

1. I have an MBA in Finance
2. I was, at the time, a woman in my late 40's, with children of my own.
3. My father was in a nursing home with Alzheimer's, something that this person knew, because I'd bought a long term care policy from him, because of my concerns about developing Alzheimer's myself.
4. Did this guy realize he was living in the 21st freaking Century?!! OMFG!!!!

As a result of that blatantly patronizing and sexist advice, I moved my entire portfolio away from that establishment, which lost them fees and commissions.

MORAL OF THE STORY: BEING SEXIST COSTS YOU, CORPORATIONS. LIVE AND FREAKING LEARN.

Well, yesterday I got some mail from my bank as a result of become a private banking client. Here is how the envelope was addressed. 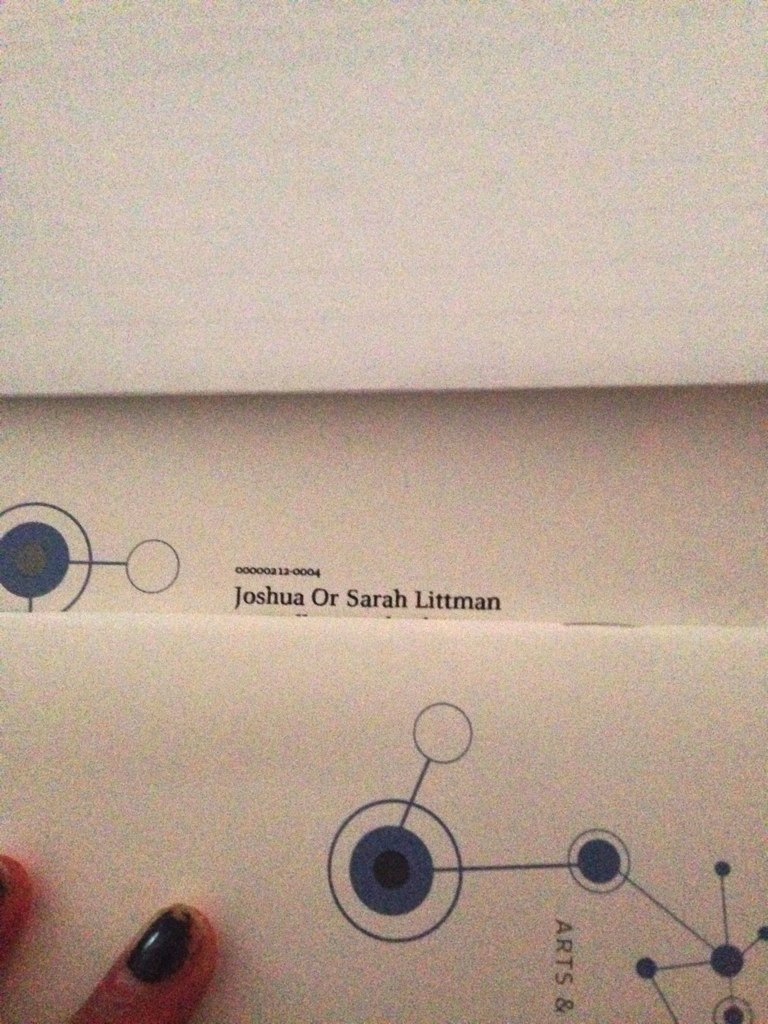 Joshua happens to be my son. He isn't the main account holder. I am. In fact, if the bank cared to LOOK AT ITS OWN RECORDS, it would notice that his account is a COLLEGE ACCOUNT.
But no. Because his is a male name, it takes priority over the actual private banking client, ie/ ME.

Now my boyfriend, who is a database guy, told me I was overreacting, because "it's just an algorithm."

But when I posted this on Facebook, the number of FEMALE friends who have been similarly enraged by this was long and equally furious.

"(Husband) and I are joint owners of our home and have a joint mortgage, but everything comes to him. With Allstate, we both have homeowner's insurance together, and then I have a policy on my car and my condo. But EVERYTHING comes addressed to him, even for my policies! I've had numerous convos with our agent and he is clearly puzzled as to why it infuriates me."

"Do I know what that feels like! I think most women do."

"My sister-in-law kept her own last name but gets mail to Mr & Ms my-brother's-name all the time. ALL the time. Grrrrr."

Now my boyfriend may be right. It might be "just an algorithm." As one friend commented, "We can't control what the computer does" is what Allstate tells me when they send me emails about my policy that start with, "Dear Hubby's Name...". It's insta-rage for me when I read it."

But here's the thing: WHO CREATES THE ALGORITHMS?* Computers don't program themselves, as any database guy should know. And whoever created the algorithm that takes any male name in a house and puts it FIRST, even though the policyholder, or the main account holder is a woman, even though that name might belong to a child, is not making a wise business decision.

Here's a case where the marketing people need to go to their programmers and say FIX THIS.

Because it's long past for "Big Data" to stop considering women as goods and chattel of the male of the species.

*let's guess: Do we think this one was created by a man or a woman?
Posted by Sarah Darer Littman at 5:35 PM