When you're grieving, you never know what will trigger the next meltdown, that next wave of uncontrollable sobbing, the feeling that your heart is broken into so many tiny fragments that it cannot ever possibly be whole again.

This morning I wanted to be brave, because my mother had been taking a memoir class at the Ferguson Library in Stamford, and she'd been working hard to complete her recollections, focusing on the theme of strong women in our family. I found out from someone in her class who came to make a condolence call that the deadline is April 18th, and so I'm going to try to finish the job for her.  Her work was all laid out on the dining room table in her apartment, and we'd put it in an archive box.

I hadn't had the courage to start reading, but I knew I had to do it today.

And at the end of chapter two, I read this:

"Life is a patchwork quilt. Each piece of experience, whatever size or shape, is part of our whole being. Our friends and family, our children, and their children, our forbearers and those to come in the future, all enlarge the quilt. We are covered in their love. And our love covers them.

I learned from a woman who was a prisoner in Romania in solitary for several years. She said that experiences couldn't be taken away from her, as material things can. Throughout her incarceration and torture, she made her thoughts turn to experiences: trips she would retake in her mind, planning how she would decorate her new home if she got out. Give yourself and your family every experience, don't wish you had done something and put it off."


My mother was an amazing, strong woman. I miss her so much.

PS: I taught my youngest nephew "Carpe Diem" on Sunday. I told him it was the way smart people say "YOLO." Then I introduced him to my friend Irene, who grew up in Germany and is a Latin scholar, to make sure he said it correctly. So now he knows how to say it in both English and German learned Latin. CARPE DIEM, my friends. And sew your love into the patchwork quilt of humanity. 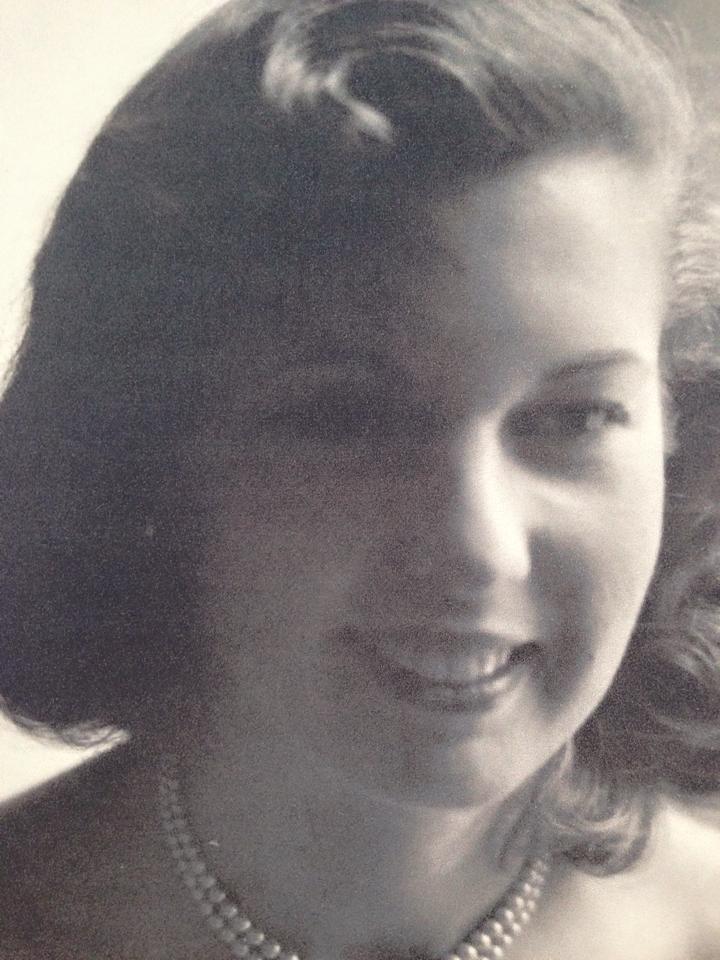 Posted by Sarah Darer Littman at 9:39 AM No comments: Links to this post

When you’re a teenager trying to assert your own identity, pretty much the last thing you want to hear is how much you look like your mother. But I heard it a lot, and in that funny way history has of repeating itself, my daughter Amie has heard it once or twice herself, much to her chagrin.

But standing here today, nothing makes me happier than knowing that I bear a strong resemblance to my mother.

Since Mom’s unexpected passing earlier this week, we’ve all been in shock. Every morning we wake up hoping that it was bad dream, only to be hit again with the painful understanding that living in a world without our beloved mother and grandmother is the dreadful new reality. 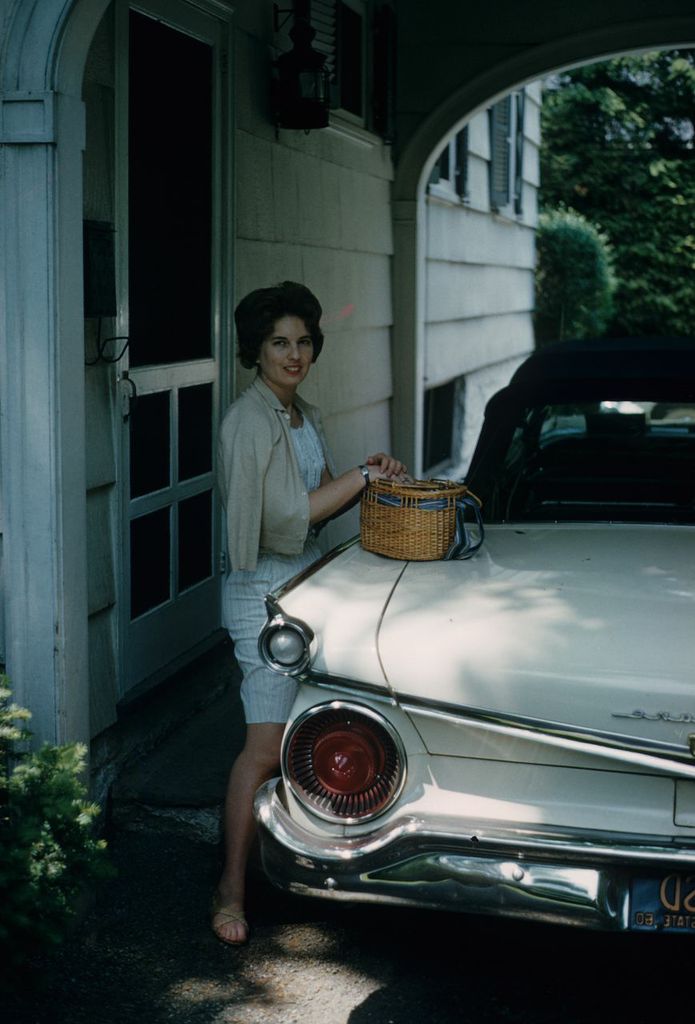 I make my living as a writer, but when I tried to begin penning this eulogy, I had a rare moment of writer’s block. Because how can mere words sum up Mom?

I first tried – and failed – to do this in the dedication of my book CHARMED, I’M SURE which comes out next spring. I’m so, so grateful that I gave Mom the manuscript to read on her recent trip to Israel, so that she knew about the dedication. It says: To my mother, Susan Darer, for teaching me to become the woman I am today.

But that short sentence doesn’t begin to do Mom justice.

Here’s where it helps to have friends who are bestselling authors, so you can crib the words and ideas that they write in in their condolence letters.

Cinda Williams Chima wrote this: “You look so much like her, and I’m sure that’s not her only legacy to you. So you can think of yourself as carrying your parents forward through the years.”

Reading Cinda’s words made me think about Mom’s greatest legacies to John, Anne and me - the ones we are endeavoring to carry forward.

The most important of these is family – not just us, not just our aunts and uncles and first cousins, but our great aunts and uncles, and our second and third cousins. Unfortunately our great aunts and uncles are no longer with us, but when we were growing up it was like having multiple sets of grandparents, dispensing love and wisdom and guidance. Family gatherings were big fun affairs, and if you married into the family you probably needed a scorecard to keep track.  But the second cousins we grew up are with are here today supporting us in love, and our kids are friends with their third cousins. That’s what we mean in Yiddish when we use the word mishpocheh.

But another legacy our mother left us is the knowledge that family members aren’t merely the people related to us by blood or marriage.  She modeled that we create family by caring about those around us. Seeing faces here from so many different time periods and facets of her life is a testament to that. As someone who is struggling to face the fact that she no longer has parents, I hope that I can look to you, the extended family Mom created, to continue to dispense the love, wisdom and guidance our mother is no longer here to give us.

For all of us who loved Mom, the shock of her sudden passing feels like having limbs torn off without anesthetic.  In recent years Mom hadn’t just been my parent, she’d become my friend. During challenging moments with my teenagers, I’d call her up and apologize time after time for everything I’d ever said and done to her when I was a teenager – and as everyone who knew me when I was in high school can attest, I had a LOT to apologize for. It got to the point that Mom gave me the Jewish equivalent of a Papal Indulgence – “Enough already, I forgive you once and for all!”

We were able to have deeper conversations, about life and love, and even politics, a subject area where over the last decade of being a columnist I’ve developed a reputation for being rather outspoken. I know this made Mom proud, even though it sometimes caused her problems. For instance, there was the time someone who couldn’t get my unlisted phone number left her several vitriolic messages late at night, resulting in us having to file a complaint with the Stamford police.  I was beside myself because I’ve had to develop what it takes to suffer the slings and arrows of outrageous fortune but folks should know better than to mess with my mom.
Still, I was glad we’d started to have such conversations, because when I was growing up, politics was an area where my father’s voice overshadowed my mother’s.

Beth Styles, to whom I’m so grateful for being here with Mom’s New World Chorus family today, wrote about how our mother returned the love she received from fellow choir members after Dad’s death by volunteering to be the leader of the Chorus’ care team. Beth wrote: “It was her desire that everyone in the choir felt known and acknowledged.”

That really resonated with me, because my son Josh and I found out that we’d lost Mom when we’d just got off a plane on the way back from attending the TED conference in Vancouver after hearing Dave Isay of StoryCorps, winner of the 2015 TED Prize, announce his Wish for theWorld.

StoryCorps is an oral history project that aims to provide people of all backgrounds with the opportunity to record and share their life stories in the belief that “every life matters equally and infinitely.”

Anne and I interviewed Dad for Father’s Day shortly after the first StoryCorps booth opened in Grand Central in 2003. It wasn’t long after that, he was diagnosed with Alzheimer’s, so we’re so grateful to have that recording. In 2006, Josh and I went into the booth together, and as a result, ended up at the TED conference last week. In 2010, Mom and Dad were recorded at StoryCorps as part of the Alzheimer’s initiative, and later that year, I interviewed Mom. I’m so glad I didn’t wait.

To honor Mom’s memory please consider having a conversation of your own with someone you love. You no longer have to wait for an appointment at a StoryCorps booth – at TED, Dave announced a new StoryCorp app, which helps you with questions and gives helpful hints on how to record a meaningful interview. It then allows you to upload your recording to the Library of Congress. 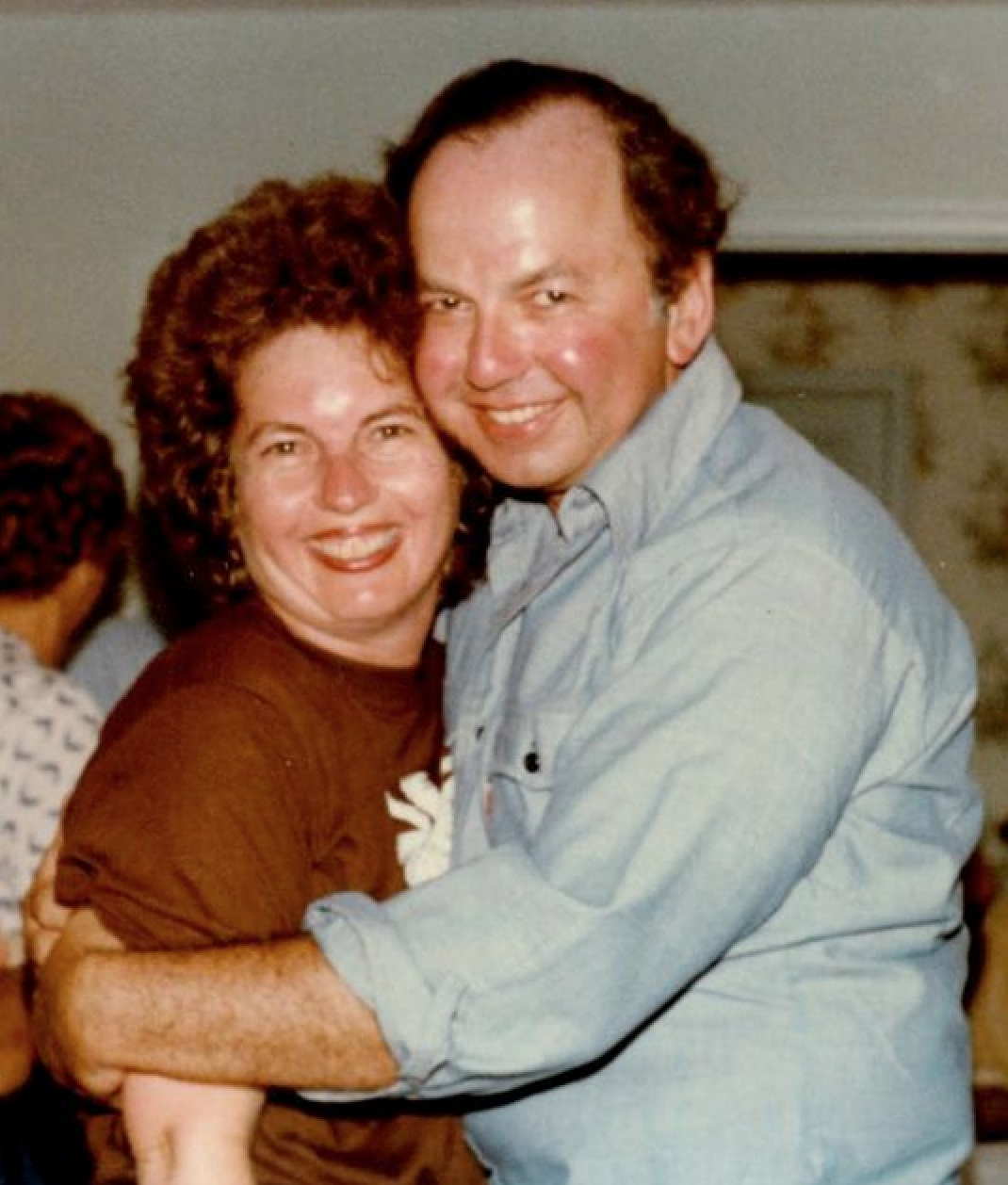 Don’t put it off, because as I learned so painfully this week, you don’t know when you’ll kiss your mother goodnight after spending a great evening together and say: “See you when I get back, I love you,” only to return to find out that you won’t see her again, ever.

Mom touched so many lives in a positive way. In an age where society too often focuses attention on the loudest, the flashiest and the wealthiest, she was a quiet, humble hero. She was my hero. My greatest hope is that I will live the rest of my life in a way that is truly worthy of the example she set.

Posted by Sarah Darer Littman at 11:52 PM 4 comments: Links to this post