ANYTHING BUT OKAY pre-order giveaway

My latest YA Novel, ANYTHING BUT OKAY, comes out from Scholastic Press on October 9th.

I'm really excited for this book to come out in the world, and to encourage you to pre-order, I will send you a signed bookmark, a personalized bookplate, and these awesome temporary tattoos to sport when you get involved (and VOTE, if you're old enough!) in the mid-term elections. Unfortunately, I have to make this US and Canada only. Sorry international readers... Pre-order giveaway ends on October 8th. 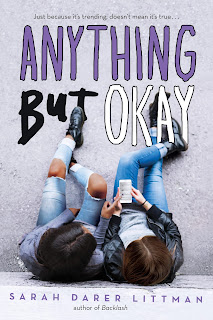 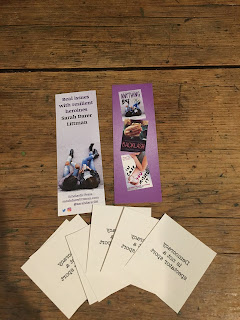 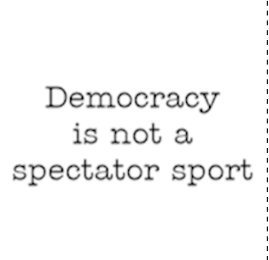 If that's not enough to convince you, for each pre-order entry, I'll make a donation of 5% of your cost of purchase to your choice of Iraq and Afghanistan Veterans of America, The League of Women Voters or HIAS.

But wait — there's more! All pre-orders will be entered into a raffle to win copies of IN CASE YOU MISSED IT and BACKLASH.

How do you get this swag? It's easy! Just email me at sdlgiveaways@gmail.com with a proof of purchase and your mailing address.

As with most of my books, the idea for ANYTHING BUT OKAY started with questions that were knocking around my brain.

The first one was inspired by my friend Rob Jordan, a USAF veteran. 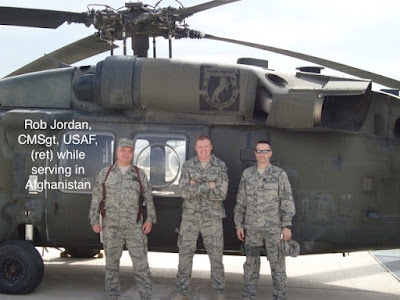 Back in December 2014, Rob made a post on Facebook about the problems he had getting disability for the health issues he'd developed as a result of serving in Afghanistan, at bases where there were burn pits. His post made me angry about the way we treat our veterans - I wrote about it here.

Seeing Rob and so many other of our veterans struggle to get help from the Veteran’s Administration after having served our country with pride got me wondering: Why is our country so quick to send troops off to war regardless of the cost, but when our vets come home struggling with the emotional and physical costs of fighting it, the focus is suddenly switched to reducing taxes and a deficit swollen by the costs of prosecuting that war?

I had a write a novel to work that one out, and it's dedicated to Rob.

The second question was “What is a patriot?” and the related question of who gets to define that. I spent fourteen years writing political opinion columns,. and count George Orwell as one of my major influences. Hearing our government using the euphemism “Enhanced Interrogation Techniques” for torture was a perfect example of what Orwell warned of in his essay, Politics and the English Language: “Political speech and writing are largely the defense of the indefensible.” Yet because of the views expressed in my 650-word columns, I was called un-American, and a terrorist lover, which was confusing because I thought I was doing my job as a journalist and my duty as an American.

The news was another inspiration for ANYTHING BUT OKAY. Watching politicians use rhetoric to portray different groups as “animals”, and working to restrict the ability of refugees to seek asylum has a disturbingly familiar ring for someone who grew up in a family with Holocaust trauma. Teachers and librarians described how that rhetoric 'trickled down' to their schools, both virtually on social media and in real life bullying. My heart broke as I heard about students in tears concerned for the safety of their families. I read the news stories about white, privileged kids from the suburbs shouting racist chants when they play teams from schools with a more diverse makeup. This made me wonder how we can help create more understanding and empathy; how we can start conversations and bridge differences. As a white woman of a certain age, I’m learning how many blind spots I have, and I hope reading about Stella and Farida’s friendship will encourage young people to think about what it means to be a good ally; to recognize that we can’t stand by in silence when we see injustice, just because it’s not happening to us personally.

Speaking of the news and how critical it is to learn media literacy skills, particularly in the Internet age, I’ve watched as the number of school librarians and media specialists has been cut by twenty percent since 2000, particularly in predominantly black and Latino districts, despite rising student populations. Technology can be a great tool, but Google will not teach our students media literacy.

I hope that this book will encourage discussion of these questions—and through those conversations enable us to find the humanity we have in common.


To read more about ANYTHING BUT OKAY, here's the link to the book on my website.


Posted by Sarah Darer Littman at 7:16 AM No comments: Links to this post