In memory of my Grandmother Dorothy - a true character

My Grandmother Dorothy died on March 22nd, 1993. I was living in Dorset,UK and was seven months pregnant with my son. In Judaism, we bury people very quickly. I had to race over to my GP's home to get a doctor's note to fly home for her funeral, because otherwise the airline wouldn't take me. 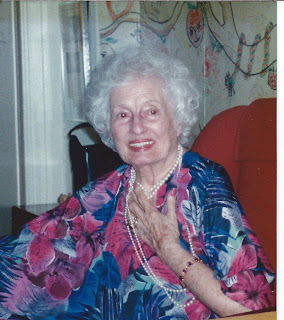 When I was a teenager my shoulders were slumped over because I was embarrassed by my rapidly expanding chest, she'd constantly admonish me with "Wings back, chest out!" (Me: internal "What part of I don't want to stick my chest out don't you understand?") She'd also make me walk up and down the redwood deck at the back of our house with a book on my head to try and improve my posture. Picture this young Deadhead with bad body image and even worse self-esteem, being drilled on posture by her regal grandmother (who'd been dubbed "The Duchess" by her younger sister when they were kids). 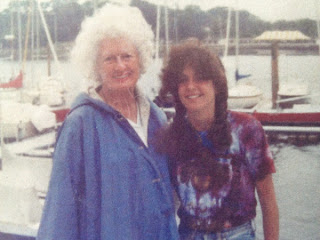 My father died last November, after a long struggle with Alzheimers, and I'm still coming to terms with the grief and recognizing, every day, how he influenced the woman I am today. Last night Mom posted some of Grandma's words of wisdom, and I recognized as will anyone who has read my books and my political opinion columns, how much my life is a reflection and continuation of her legacy, as well as Dad's. 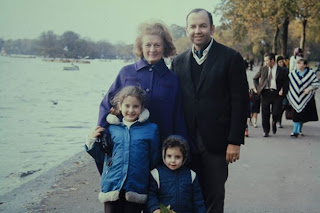 "If you have a good thought, share it. You never know when it will take wings"

Where does inspiration come from? "That's a great question! " (I would probably say, "Damned if I know!" I guess I got the language from Dad...)

"We are all part of one humanity. there is no pure group . We are all mixed up through commerce and conquest through the ages"

"How can we trace the influence of one group upon the other...through the arts! through music!, through dance, through theatre, and literature""

"Be grateful for your blessings! I am!"

"You can change the world ...First in your own circle, Your community, then reach out to the world!" 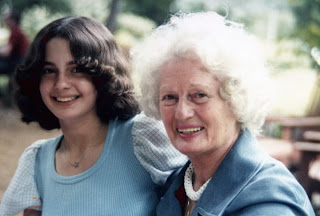 But today - and every day - I try to honor her memory by the way I live my life.

Posted by Sarah Darer Littman at 9:26 AM