Why The Hunger Games is a trilogy for our times

I have two Twitter feeds, one for my author life @sarahdarerlitt and one for my life as a political columnist @realsaramerica. This morning as I was scanning my political feed I came across this article in the International Business Times.


While hundreds of black celebrities have happily doused themselves in freezing water for the Ice Bucket Challenge, news outlets like Hip Hop DX, Ebony and Buzzfeed, as well as social media users, have accused prominent African-Americans of being too quiet about the shooting of unarmed teenager Michael Brown in Ferguson, Missouri, two weeks ago.

“I think there is definitely a lack of articulation in public forums,” Mark Anthony Neal, a professor in African and African-American studies at Duke University in North Carolina, told International Business Times.“The weird irony behind getting black celebrities to weigh in on Ferguson is that every five minutes you see another one of them doing an Ice Bucket Challenge.”

I don't feel it's my place to comment on that. The quote that I'm here to talk about is from Neal Lester, an African-American literary and cultural studies professor at Arizona State University:

When I read that, all I could think of, once again, was how Suzanne Collins' THE HUNGER GAMES is the trilogy for our times.

I've written about my admiration for the Hunger Games before - I have an essay, The Politics of Mockingjay in the SmartPop anthology The Girl Who Was on Fire, and an additional essay, "Occupy Panem" that comes as extra digital content with the movie edition of the book. 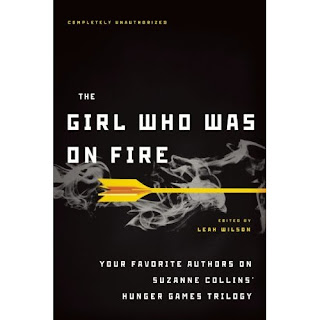 I've seen some great discussions lately about books to use to talk about Ferguson. School library Journal had a piece focusing on "Resources on Protest, Nonviolent Resistance, and Civil Rights". But the reason I think The Hunger Games is also a great discussion resource is this: inequality and distraction. Panem and Circenses.

I don't want to take anything away from the very real issue of race that is at the core of what happened in Ferguson. I have friends who have been stopped for "driving while black." My boyfriend got lost while driving in the exclusive private area of Greenwich known as Belle Haven the other day, and the security guard just waved at him because he was white and driving a nice car. We both imagined how things would have gone if neither of those factors had been true. Somehow I doubt the security guard would have just waved.

But there's another important issue at playing out simultaneously worldwide that we cannot and must not ignore - inequality. 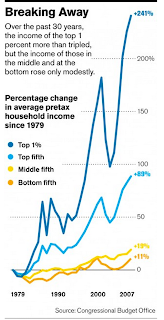 Collins' trilogy is a wonderful way to start kids thinking about these ideas - leading to discussions of the political strategy of "bread and circuses", reality TV and media literacy.

The problems in our country stem from complex sources and it's important to have our kids understand that we need to attack them from all fronts if we're going to make headway.

Posted by Sarah Darer Littman at 9:25 AM

Email ThisBlogThis!Share to TwitterShare to FacebookShare to Pinterest
Labels: Occupy Panem, politics, Scholastic, Smartpop, Suzanne Collins, The Girl Who Was on Fire, The Hunger Games, The Politics of Mockingjay