The "Malignant Hazard of Privilege" 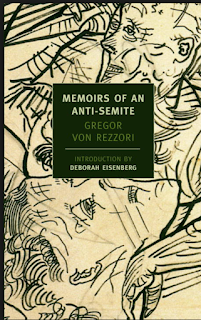 I haven't even reached Von Rezzori's writing yet, because I've been thinking so much about one of the last paragraphs in Deborah Eisenberg's introduction:

"How many actually evil people does it take to accomplish a genocide and reduce much of a continent to ash? Only a handful, it seems, but that handful requires the passive assistance of many, many other people who glance out of the windows of their secure homes and see a cloudless sky. It's easy enough for most of us to distance ourselves from attitudes of virulent racism, but what about from carelessness, casual snobbery - either social or intellectual - inattentiveness? Rezzori reminds us painfully that the great and malignant hazard of privilege is obtuseness."
...
"Yes, we wonder, what does it take to be a "decent person"? Maybe the most significant component is luck - the good luck to be born into a place and moment that inflicts minimal cruelty and thus does not require from us the courage to discern and resist its tides."

As another politician, one who has a phD in history says things like this:

and politicians and "nice" people in my extremely privileged town behave like this and people fight over which lives matter in more in slogans (seriously Mike Huckabee? I thought this was the Onion, not the Hill) instead of confronting the real structural inequities that exist in our country, Eisenberg's words resonate.

Last December, I wrote an op-ed entitled: Now is the time for moral courage: Politicians can't be bystanders to hate speech. Sadly, moral courage appears to be in short supply. Is it due to the malignant hazard of privilege?

Posted by Sarah Darer Littman at 9:25 AM