Beyond "Thank You For Your Service"

This is the final post in the Veteran's Day series. 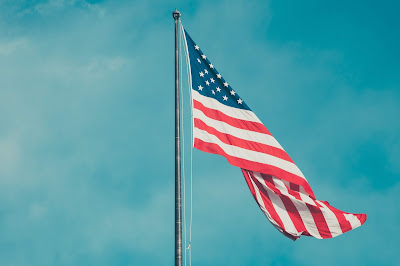 At 6pm this evening, there will be a random drawing for a set of 10 copies of ANYTHING BUT OKAY for your classroom or book club. You'll get an entry for retweeting this post (please tag me @sarahdarerlitt and hashtag #anythingbutokay) and additional entries for retweeting each of the posts between now and Veteran's Day. Rachel Alpine wrote a great teaching/reading guide, which you can download from my website.

While interviewing veterans for ANYTHING BUT OKAY research, the question of the oft repeated phrase “Thank you for your service” came up. As with any group, active service people and veterans are not a monolith, and the viewpoints on civilians using that phrase garnered mixed reviews.

As for this civilian, I’ve said TYFYS, but it never seemed like enough — it felt more like lip service than genuine gratitude, which needed to be expressed in more concrete ways, like adopting a soldier or donating to IAVA.org, or, eventually, writing a book that will hopefully encourage young people who might not have much direct contact with < 0.5% of the U.S. population that is active duty military to discuss and think about the challenges faced by our returning soldiers and their families. As Colorado Army National Guard captain Karthik Venkatraj wrote in the Denver Bar Association Docket magazine, “Our nation continues to experience a groundswell of support for our veterans — a welcome change from the horrific treatment of our Vietnam-era veterans — but we still have much work to do. As a nation, we have to move beyond “thank you for your service” to a deep scrutiny of the issues impacting our veterans in order for our veterans to transition successfully.”

How, though, do we move toward that deeper scrutiny?

The first step to that is asking questions and starting a conversation, above and beyond the catchphrase. Wes Moore described some of the challenges of starting such conversations to Candy Crowley in this 2014 interview: “What we’re asking for is that the conversation doesn’t end there, because at times when you say “Thank you for your service” and then the conversation ends, we almost feel like you’re almost saying it for your benefit, not necessarily for our benefit. What we want is for people to be able to ask questions, for people to feel comfortable.” Moore goes on to discuss the transition with his own family, because family members weren’t sure what to ask and were afraid to say the wrong thing. As a result, in order to avoid offense or triggering, people might decide to say nothing. “The problem is that from our side, if a person simply says nothing, our interpretation is ‘you don’t care,’” Moore said.


It's also important for civilians to work to understand the issues that face our active duty troops and veterans. Here are IAVA.org’s Big Six:

2) Fully recognize and improve services for women veterans Back in 2012, I worked with The Center for Sexual Abuse and Crisis Counseling to bring The Invisible War to the CT. In addition to other issues, women have faced being raped by people they trusted to have their six, and then being re-victimized as they try to get justice through military channels.

3)Defend Veteran and Military education benefits the post 9/11 GI bill is under threat of cuts from Congress, and veterans are being targeted by predatory practices of the for-profit education sector.

4)Reform government for today’s veterans Like Rob, too many vets have suffered as a result of lack of VA accountability. 82% of IAVA members are enrolled in VA healthcare, and 76% use VA benefits other than healthcare.

5) Initiate support for injuries from burn pits and other toxic exposures Like my friend Rob Jordan, whose 2014 Facebook post was one of the inspirations for Anything But Okay, “80% of respondents [to a 2017 IAVA member survey] were exposed to burn pits during their deployments and over 60% of those exposed reported having symptoms.”

6) Initiate empowerment of Veterans who want to utilize cannabis While Rob in Anything But Okay is prescribed pharmaceutical relief for his PTSD, a large majority including 75% of IAVA members under 35, view medical marijuana as more natural solution to PTSD. As someone who has been prescribed Xanax for non-combat related PTSD, I know I'd rather use cannabis than pharmaceuticals.

But perhaps one of the most important ways we can support our active duty military and our veterans is to pay attention to government policy and not be afraid to question, rather than falling prey to blind “my country right or wrong” faux patriotism.

As Army officer John Q. Bolton wrote in a Memorial Day post earlier this year, “Perhaps by questioning the fundamentals—the “why” instead of the so often discussed “what” in military operations—the public would be in a better position to demand action from a Congress that, heretofore, has largely abdicated serious oversight of foreign policy. Perhaps the public, instead of asking “what” we need to break the stalemate in Afghanistan, could ask “why” there is a stalemate at all—and whether American forces can truly ameliorate the structural, cultural, and historical obstacles to achieving desired ends there.”

We can support our troops and thank them for their service by being engaged and informed citizens, who pressure our representatives in Congress to do their job - providing oversight and checks on unfettered Executive branch authority. We can lobby them on the issues that are important to veterans. Change won’t happen without our involvement. As Stella eventually learns in Anything But Okay, “They can’t do it without us.”

Posted by Sarah Darer Littman at 12:30 AM

Email ThisBlogThis!Share to TwitterShare to FacebookShare to Pinterest
Labels: Anything But Okay, book giveaway, IAVA, Thank you for your service, Veterans